DIABETES s a group of metabolic diseases in which a person has high blood sugar, either because the pancreas(The pancreas is a glandular organ in the digestive system and endocrine system of body. It is both an endocrine gland producing several important hormones, including insulin, glucagon, somatostatin, and pancreatic polypeptide, and a digestive organ, secreting pancreatic juice containing digestive enzymes that assist the absorption of nutrients and the digestion in the small intestine. These enzymes help to further break down the carbohydrates, proteins, and lipids in the semi digested food.) does not produce enough insulin, or because cells do not respond to the insulin that is produced.
This high blood sugar produces the classical symptoms like frequent urination, increased thirst and increased hunger.

Type 1 Diabetes results from the body’s failure to produce insulin, and currently requires the person to inject insulin or wear an insulin pump. This form was previously referred to as “insulin-dependent diabetes mellitus” (IDDM) or “juvenile diabetes”.

Type 2 Diabetes results from insulin resistance, a condition in which cells fail to use insulin properly, sometimes combined with an absolute insulin deficiency. This form was previously referred to as non insulin-dependent diabetes mellitus (NIDDM) or “adult-onset diabetes”. This can be controlled by loosing weight, proper exercise. As the time passes on this get more worse, person may have to take insulin shots and tablets.
Men’s having level low testosterone have high risk of developing type 2 diabetes.

The third main form is gestational diabetes occurs when pregnant women without a previous diagnosis of diabetes develop a high blood glucose level. It may precede development of type 2 Diabetes. It can be control by regular exercise and proper diet. All these rules and activities followed by pregnant woman will be good for her as well as her baby’s health.

The cause of diabetes depends on the type.Diabetes can develop in any person with any reason.It is partially inherited and triggered by certain infections. Diabetes occurs due to the removal of beta cell present in pancreas. It can cause harm to pancreas and minimize the production of insulin in it.

The following is a comprehensive list of other causes of diabetes: 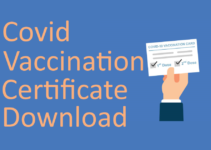