Facebook is the world’s largest social network, with over 500 million users.
Facebook was founded by Mark Zuckerberg in February 2004, initially as an exclusive network for Harvard students. It was a huge hit: in 2 weeks, half of the schools in the Boston area began demanding a Facebook network. Zuckerberg immediately recruited his friends Dustin Moskowitz and Chris Hughes to help build Facebook, and within four months, Facebook added 30 more college networks.

The original idea for the term Facebook came from Zuckerberg’s high school (Phillips Exeter Academy). The Exeter Face Book was passed around to every student as a way for students to get to know their classmates for the following year. It was a physical paper book until Zuckerberg brought it to the internet.
With this success, Zuckerberg, Moskowitz and Hughes moved out to Palo Alto for the summer and rented a sublet. A few weeks later, Zuckerberg ran into the former cofounder of Napster, Sean Parker. Parker soon moved in to Zuckerberg’s apartment and they began working together. Parker provided the introduction to their first investor, Peter Thiel, cofounder of PayPal and managing partner of The Founders Fund. Thiel invested $500,000 into Facebook.
With millions more users, Friendster attempted to acquire the company for $10 million in mid 2004. Facebook turned down the offer and subsequently received $12.7 million in funding from Accel Partners, at a valuation of around $100 million. Facebook continued to grow, opening up to high school students in September 2005 and adding an immensely popular photo sharing feature the next month. The next spring, Facebook received $25 million in funding from Greylock Partners and Meritech Capital, as well as previous investors Accel Partners and Peter Thiel. The pre-money valuation for this deal was about $525 million. Facebook subsequently opened up to work networks, eventually amassing over 20,000 work networks. Finally in September 2006, Facebook opened to anyone with an email address.
In the summer of 2006, Yahoo attempted to acquire the company for $1 billion dollars. Reports actually indicated that Zuckerberg made a verbal agreement to sell Facebook to Yahoo. A few days later when Yahoo’s stock price took a dive, the offer was lowered to $800 million and Zuckerberg walked away from the deal. Yahoo later offered $1 billion again, this time Zuckerberg turned Yahoo down and earned instant notoriety as the “kid” who turned down a billion. This was not the first time Zuckerberg turned down an acquisition offer; Viacom had previously unsuccessfully attempted to acquire the company for $750 million in March, 2006.
One sour note for Facebook has been the controversy with social network ConnectU. The founders of ConnectU, former classmates of Mark Zuckerberg at Harvard, allege that Zuckerberg stole their original source code for Facebook. The ordeal has gone to court, and has now been resolved.
Notwithstanding this lingering controversy, Facebook’s growth in the fall of 2007 was staggering. Over 1 million new users signed up every week, 200,000 daily, totaling over 50 million active users. Facebook received 40 billion page views a month. Long gone were the days of Facebook as a social network for college students. 11% of users are over the age of 35, and the fastest growing demographic is users over 30. Facebook has also seen huge growth internationally; 15% of the user base is in Canada. Facebook users’ passion, or addiction, to the site is unparalleled: more than half use the product every single day and users spend an average of 19 minutes a day on Facebook. Facebook is 6th most trafficked site in the US and top photo sharing site with 4.1 billion photos uploaded.
Based on these types of numbers, Microsoft invested $240 million into Facebook for 1.6 percent of the company in October 2007. This meant a valuation of over $15 billion, making Facebook the 5th most valuable US Internet company, yet with only $150 million in annual revenue. Many explained Microsoft’s decision as being solely driven by the desire to outbid Google. 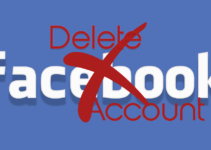