The syntax of the C programming language is a set of rules that specifies whether the sequence of characters in a file is conforming C source code. The rules specify how the character sequences are to be chunked into tokens, the permissible sequences of these tokens and some of the meaning to be attributed to these permissible token sequences (additional meaning is assigned by the semantics of the language).

C has a formal grammar specified by the C standard. Unlike languages such as FORTRAN 77, C source code is free-form which allows arbitrary use of whitespace to format code, rather than column-based or text-line-based restrictions. Comments may appear either between the delimiters /* and */, or (since C99) following // until the end of the line.

C source files contain declarations and function definitions. Function definitions, in turn, contain declarations and statements. Declarations either define new types using keywords such as struct, union, and enum, or assign types to and perhaps reserve storage for new variables, usually by writing the type followed by the variable name. Keywords such as char and int specify built-in types. Sections of code are enclosed in braces ({ and }, sometimes called “curly brackets”) to limit the scope of declarations and to act as a single statement for control structures.

As an imperative language, C uses statements to specify actions. The most common statement is an expression statement, consisting of an expression to be evaluated, followed by a semicolon; as a side effect of the evaluation, functions may be called and variables may be assigned new values. To modify the normal sequential execution of statements, C provides several control-flow statements identified by reserved keywords. Structured programming is supported by if(-else) conditional execution and by do-while, while, and for iterative execution (looping). The for statement has separate initialization, testing, and reinitialization expressions, any or all of which can be omitted. break and continue can be used to leave the innermost enclosing loop statement or skip to its reinitialization. There is also a non-structured goto statement which branches directly to the designated label within the function. switch selects a case to be executed based on the value of an integer expression.

Expressions can use a variety of built-in operators (wait for next post) and may contain function calls. The order in which arguments to functions and operands to most operators are evaluated is unspecified. The evaluations may even be interleaved. However, all side effects (including storage to variables) will occur before the next “sequence point”; sequence points include the end of each expression statement, and the entry to and return from each function call. Sequence points also occur during evaluation of expressions containing certain operators (&&, ||, ?: and the comma operator). This permits a high degree of object code optimization by the compiler, but requires C programmers to take more care to obtain reliable results than is needed for other programming languages.

Kernighan and Ritchie say in the Introduction of The C Programming Language: “C, like any other language, has its blemishes. Some of the operators have the wrong precedence; some parts of the syntax could be better.” The C standard did not attempt to correct many of these blemishes, because of the impact of such changes on already existing software. 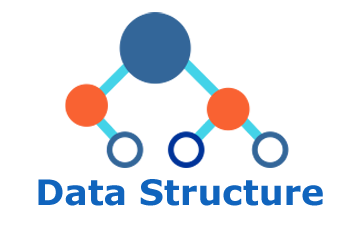