In the article, Customizing Vista’s Taskbar and Start Menu, I showed you how to put the main area of the Start Menu to much better use by configuring it as a launching area for all the programs you use most often. However, Windows Vista provides you with an even better way to quickly access your favorite applications–you can assign them to special [Windows] key combinations.

You can resize the Quick Launch toolbar so that it doesn’t take space away from the Taskbar, yet still access the shortcuts via the [Windows] key combination

Once you memorize which numeric [Windows] keys are assigned to which application shortcuts; you can resize the Quick Launch toolbar to its default size and relock the Taskbar, as shown in Figure B. This lets you use the all the space on the Taskbar as you normally would and still be able to launch any of your applications with a simple [Windows] keystroke.
Figure B

Other Win Key combinations
Here are a couple of other handy [Windows] key shortcuts: 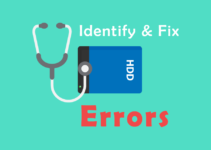