Sometime i think How do GOOGLE.COM earn money? Today whenever you are trying to search for something, the first thing that comes to mind is ‘Google it’. Google has provided Internet users with loads of valuable products and facilities. The most popular of these are the following.

Now in this post I will try to open the close files of HOW actually google earns money.

Google.com makes most of its money from paid advertising. When you do a search on Google.com you’ll often see listings at the very top and on the right side. Google.com charges money for those listings. Every time someone clicks on those links, they company that is listed gets charged. The amount varies depending on the competition for that particular key phrase that was searched. Key phrases can be as low as five cents per click, whereas others can be ten dollars or more per click.

But Google doesn’t get to keep all of that money — it pays out a bunch each quarter to publishers that run Google’s AdSense ads on their sites or in their mobile apps. That’s called “traffic acquisition costs,” or TAC. Last quarter, TAC was about $2.2 billion, or 24% of total gross ad sales.

Specifically, Google says it paid out $1.8 billion last quarter to AdSense partners, and another $400 million to “certain distribution partners and others who direct traffic to our website.”

Google doesn’t sell any tangible product and that’s the beauty of their business. They sell something that doesn’t really exist. They really sell traffic. It mostly comes down to this: They get paid for sending traffic to other websites. That’s why Google seems to be everywhere now: They have to show substantial growth to their stakeholders and to do that they have to drive more and more traffic to provide more and more advertisement. That’s also the reason they’ll be jumping in the cell phone industry, so they can make a bit of money from all the web traffic that next generation cell phones are going to drive in the next couple of years.

This is an advertising program which was started by Google where every one of Google users can make money online. Website owners and bloggers are the ones who gain the most from this program. It depends on the amount of traffic that your website or blog generates. Advertisers pay Google some amount of money, every time someone clicks on their link as it helps them to increase their various businesses. Google also pays website and blog owners some revenue for every click on their Ad sense which is present on your blog/website. Google keeps part of the revenue that they earn in the process and pay remaining amount to the publishers.

When we sign in to our mail accounts on Gmail which is probably the most popular at this point in time, we are shown sponsored links on our accounts. And these links are always relevant to the keywords of the mails that we receive.

Google makes money (and justifies giving away the OS) by licensing the Google Apps that come on most Android phones (but not all). Apps like Gmail, the Android Market, Google Search, and others come in something called GAPPS. The Market is really where Google is interested. Sure, the other GAPPS add value to the phone (hence why carriers license their inclusion on Android-powered phones), but Google is making money with every app sold through the Market. Even free apps make Google money. Developers have to pay to have an account to list their apps under. Even ad-sponsored apps are likely using Google Mobile Ads, so Google’s getting revenue from that source as well. 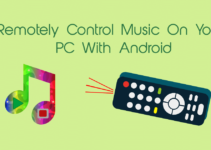