Home
facebook
GOOGLE PLUS VS FACEBOOK-CHECK WHICH IS BETTER

Here is some comparision i found from internet.
Google+ (plus) is a next project of Google. And this right now only for limited number of people. Basically it is a social networking site like facebook. In today’s world everyone knows about facebook specially youngsters. Facebook is a top level social networking site in recent scenario but now Google+ (plus) is a tough competitor of facebook.
There is a no doubt in that facebook has large number of users so if you want to challenge facebook you have to be better then it. Your facility should be better than facebook then only you can survive.There are some good reasons for people to switch from facebook to Google+ (plus) that are like:

INTEGRATION WITH GOOGLE SERVICE
Google is driving people to use Google+. Its features and tools is on all existing site of Google. Google+ is already integrated into the navigation bar at the top right of almost all Google products; this lets you monitor all Google+ events (updates, messages, etc.) . There are millions of people use Google service like Gmail, doc, search, etc and Google+ is tightly join this all and after that no one can reach at that level.

BETTER FRIEND MANAGEMENT
Google believe in “circle” concept so that they are believe that friends are always around us as a circle. In our life we have it of friend and we are interacting with them. Face book’s Groups feature is pretty new; it was “built on”, while friend “circles” are the bedrock of the Google+ platform.

BETTER MOBILE APP
As an android user you know that connecting your mobile content to social platform is easy. Google+ mobile app is best but they are still work on it and make your Android phone a seamless appendage of your Google+ social platform. Google hopes to use its huge Android user base as a wedge against Facebook, whose mobile app, while nice-looking, is a little clunky to use.

EASIER TO FIND STUFF TO SHARE
Google spark feature is another function which facebook doesn’t have. Facebook has not search engine. While in Google+ we can give instant wellspring of relevant information to friends. In face book user leave the site to find shareable data.

YOU CAN GET YOUR DATA BACK
In facebook you can create your personal profile but you can’t delete your whole profile. That means whenever you are not using facebook anyone can see your personal data. While at the other hand Google+ tool called “Data Liberation.” With just a few clicks you can download data from your Picasa Web Albums, Google profile, Google+ stream, Buzz and contacts. You take it and go away.

BETTER PHOTO TAGGING
When we tag a photo in Google+ then we can crate different style to tag photo. We can crop photo, we can draw some lines around photo. Etc we can also do this thing in facebook also. But the difference is that when you tag someone, you see this note: “Adding this tag will notify the person you have tagged. They will be able to view the photo and the related album.” On the other hand facebook not doing any effort to warn people and immediate chance to remove the tag.

STRONG GROUP CHAT FEATURES
Google+ doing ad hoc group video chat using hangout feature in it. We can create our own adhoc groups in it. As we see before for (Android) users to start up group text chats. On the other hand facebook doesn’t provide this facility.

SAFER CONTENT SHARING
The name as suggest that safer content sharing means our personal data is not for everyone. There is a privacy level in each piece of content. For example; when we crate album, write article Google+ give us a choice to that content only for our choice people. Other hand facebook not giving this facility.

GOOGLE+ IS A BETTER STEWARD OF YOUR PERSONAL DATA
Running a social networking site you should be best in your user’s personal data. Facebook is a young, fast moving company that has proved it to be cavalier in its movements, lacking in respect for user data privacy. Google on the other hand, is a far more mature company that is, I would argue, seen as more trustworthy than Facebook. Google has lived up to its “Don’t Be Evil” slogan. 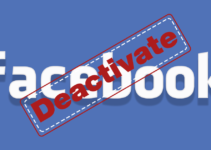