According to Microsoft corp, computers capable of running Windows Vista are classified as Vista Capable and Vista Premium Ready.
A Vista Capable or equivalent PC needs to have at minimum an 800 MHz processor, 512 MB RAM and a DirectX 9 class graphics card. A computer that meets these requirementswill be capable of running all editions of Windows Vista although some of the special features and high end graphics options may require additional or more advanced hardware.
A Vista Premium Ready PC will take advantage of Vista’s “high-end” features but will need at least a 1.0 GHz processor, 1 GB main memory, and an Aero-compatible graphics card with at least 128 MB graphics memory and supporting the new Windows Display Driver Model. The company also offers Windows Vista Upgrade
Advisor from its website to determine the ability of a PC to run Vista in its various guises. The utility runs on Windows XP (with Service Pack 2) and Windows Vista.
Microsoft lists some Vista capable hardware on their website. The “Windows Vista Premium Ready” laptops
they specify have Intel Core 2 Duo T5500 or above CPUs and 1 GB memory.

Windows Vista’s “Basic” and “Classic” interfaces will work with virtually any graphics hardware that supports Windows XP or 2000; accordingly, most discussion around Vista’s graphics requirements centers on those for the Windows Aero interface. As of Windows Vista Beta 2, the NVIDIA GeForce FX family and later, the ATI Radeon 9500 and later, Intel’s GMA 950 integrated graphics, and a handful of VIA chipsets and S3 Graphics discrete chips are supported.Though some XGI Technology Volari chips were DirectX 9 (including the Volari V3XT which was available in PCI cards), with XGI’s exit from the graphics card business it appears none of its chips are supported as of Vista Beta 2. A PCI Express (PCIe) video card is not a requirement for Windows Aero, but Microsoft recommends PCIe video over an AGP device due to the interface’s greater bandwidth. There are some PCI cards available that are compatible with Windows Vista as well. 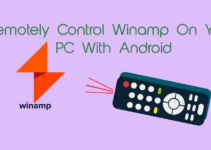 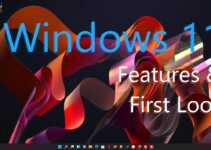